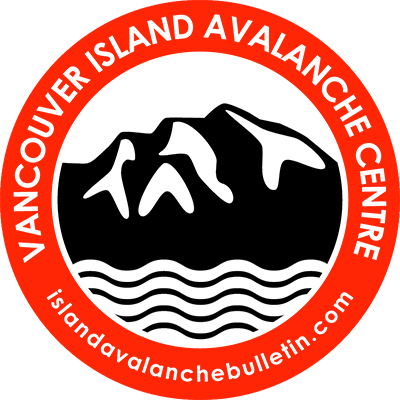 Potentially the most active avalanche cycle of the season has taken place here on Vancouver Island. Multiple reports of Natural avalanches and skier triggered avalanches on Treeline and Alpine Terrain in the Size 1- Size 2 category. We are not out of the "woods" or high avalanche hazard yet however as the mountains will continue to be subjected to a great deal of rainfall late into the evening of Friday January 31st.

Great skiing and snowmobiling until Thursday-Friday's rainfall event. Major rain in excess of 100mm has fallen throughout Vancouver Island including the Alpine.

As a result of this major rain event, Saturday’s Avalanche Hazard is set to CONSIDERABLE (Human Triggered Avalanches Likely, natural avalanches possible). Be aware as you move through the terrain for shooting cracks, snow “pin wheeling” and signs of instability (including new avalanches) especially at Treeline and Alpine elevation bands. On Saturday, specific regions of Vancouver Island may undergo a major cooling event, moderate snowfall and strong winds. This general "extreme" weather pattern and shifting in terms of precipitation type, air temperature fluctuation and wind speeds is such that Saturday will still require a great deal of prudence when travelling onto slopes steeper than 30 degrees. This weekend, be aware of visible (snow cracking underfoot/adjacent your sled) and/or audible (whumpfing) clues in your area, it will be important to find lower angle terrain (generally under 30 degrees) and or ski/sled in more densely vegetated (treed) areas away from these obvious clues of snowpack instability (especially Saturday). Fortunately, the cooling trend will help to consolidate the snowpack and on Sunday-Monday, steeper terrain beyond 30 degrees will become more settled and be potentially more stable if forecast models hold true and the air temperatures drop way down closer to Sea Level. Check the website ATES PLANNING section for Simple Terrain options on our website if you intend to travel Saturday in the backcountry. On Sunday and Monday, avalanche terrain could include bigger objectives due to major air temperature cooling for the majority of Vancouver Island. Nonetheless, it is still important to mitigate slope angle and risk exposure to yourself and your group while travelling / recreating in avalanche terrain.

The Not So Good News: 1 week ago (January 23rd) Vancouver Island received a major rainfall event. Subsequent snowfall was deposited onto this January 23rd rain crust and over the course of this past week we underwent our most substantial natural and human triggered avalanche cycle of the winter. In the short term, Friday January 31st rain event has further exacerbated the instability on this upper snowpack Rain crust as it has added major new weight/load to the weak layer. Treat Saturday as the period necessary to allow for stability to return into the snowpack thanks to the cooler cold front that arrives in the early hours Saturday morning. The Good News: Sunday and Monday should show a more predictable Vancouver Island snowpack with improved consolidation thanks in part to the rain and the major cooling trend.

1 - 1
Friday’s extreme rain will exacerbate stability into Saturday and the recent storm snow layers located within the upper 50cm of the snowpack. Extreme Rain will create a majorly over-saturated upper snowpack primed for triggering. On Saturday, human triggered avalanches " likely” and natural avalanches "possible" at Alpine and Treeline elevation bands. This will be a particular concern reserved for Saturday.

1 - 1
Due to 100+mm of rain for all elevation bands (Above mountain-top) Expect natural and human triggered avalanches to occur on steep unsupported terrain and possibly on lower angled slopes as well, given the extreme rain event volume. This will be a particular concern reserved for Saturday.

1 - 1
Moderate precipitation in the form of storm snow and strong winds could promote wind slab instabilities (particularly in leeward or down wind areas on Vancouver Island on Saturday and Sunday. Treat Alpine and Treeline environments in leeward/down wind terrain to be likely areas to trigger a wind slab avalanche over the next several days.