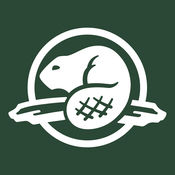 Time to reapply that cold snow wax!  Winter lingers on in Jasper, with buried crusts being the only reminder of warm spring days.

Snowfall continues, with around 30cm forecast by the weekend.

15cm storm snow from early in the weekend was reverse loaded by Strong N-NE winds, and overlies several crusts/facet layers in the upper snowpack. Stubborn windslabs can be expected on unusual aspects in the alpine, and in exposed treeline terrain. A faceted midpack layer on shady alpine slopes remains a concern.

No patrol Monday, no avalanches reported. On Sunday, one recent size 2.5 Persistent slab was observed in the Maligne Range. This was on an East aspect, in convex alpine terrain. Meanwhile, no new activity was noted on an icefields parkway road patrol.

Due to the number of field observations

Snowfall with strong N winds created wind slabs on Saturday; however likelihood of triggering is dropping over time. Old wind slabs on N aspects may also remain a possibility on high alpine slopes in the Icefields.